Our list of programming for the month of May 2021.

The month of May is gorgeous and beautiful: the sun is warm and the Earth is growing. It’s also the first Art Exhibits in awhile for the Dairy Arts Center.

The focus of programming for the month of May is Missing & Murdered Indigenous Women and Girls.

The intent of this focus is to not only raise awareness about the MMIWG epidemic that plagues our Nations but to also promote action against it. We feature Native artists who create works of art while raising awareness and taking action.

View all of these MMIWG Exhibits at the Dairy Arts Center all the month of May 2021. Register for tickets here.

The Sing Our Rivers Red earring exhibit travels to raise awareness about murdered and missing Indigenous women and colonial gender-based violence in the United States and Canada.

Sing Our Rivers Red events aim to bring awareness to the epidemic of missing and murdered Indigenous women and colonial gender-based violence in the United States and Canada. The events strive to raise consciousness, unite ideas, and demand action for Indigenous women, girls, Two-Spirit, and LGBTQQIA people who have been murdered or gone missing, tortured, raped, trafficked, and assaulted, who have not had the proper attention or justice. SORR also is being planned in solidarity and with a collaborative spirit, meant to support the efforts built in Canada, as well as highlight the need for awareness and action to address colonial gender violence in the United States.

Contributors to this exhibit are Danielle SeeWalker and Donna Chrisjohn.

The SORR exhibit will take place in the McMahon Gallery at the Dairy Arts Center.

REGISTER FOR MAY EXHIBIT

See the works of world-renowned Native American fashion designer and ‘Project Runway’ alum Patricia Michaels who is taking action against the Missing & Murdered Indigenous Women and Girls epidemic with her works of art and fashion. Displayed in a unique, dynamic exhibit, Patricia’s collection is cutting-edge–not only do the couture pieces showcase Patricia’s creativity and innovation, they were specially created to bring attention to the MMIWG+ epidemic plaguing Native communities.

As a survivor and leader in raising awareness and taking action against MMIWG+, Patricia is happy and excited to partake in this first-of-its-kind fashion exhibit.

The Native Fashion Taking Action exhibit will be displayed in the lobby of the Dairy Arts Center, with a special video promoting the collection playing on the McMahon Gallery.

Accomplished Dine artist JayCee Beyale will debut a mural exhibition that will be on display at the Dairy Arts Center, which is inspired by the MMIWG+ Movement.

JayCee’s mural will be on display at the Polly Addison Gallery at the Dairy Arts Center.

REGISTER FOR MAY EXHIBIT 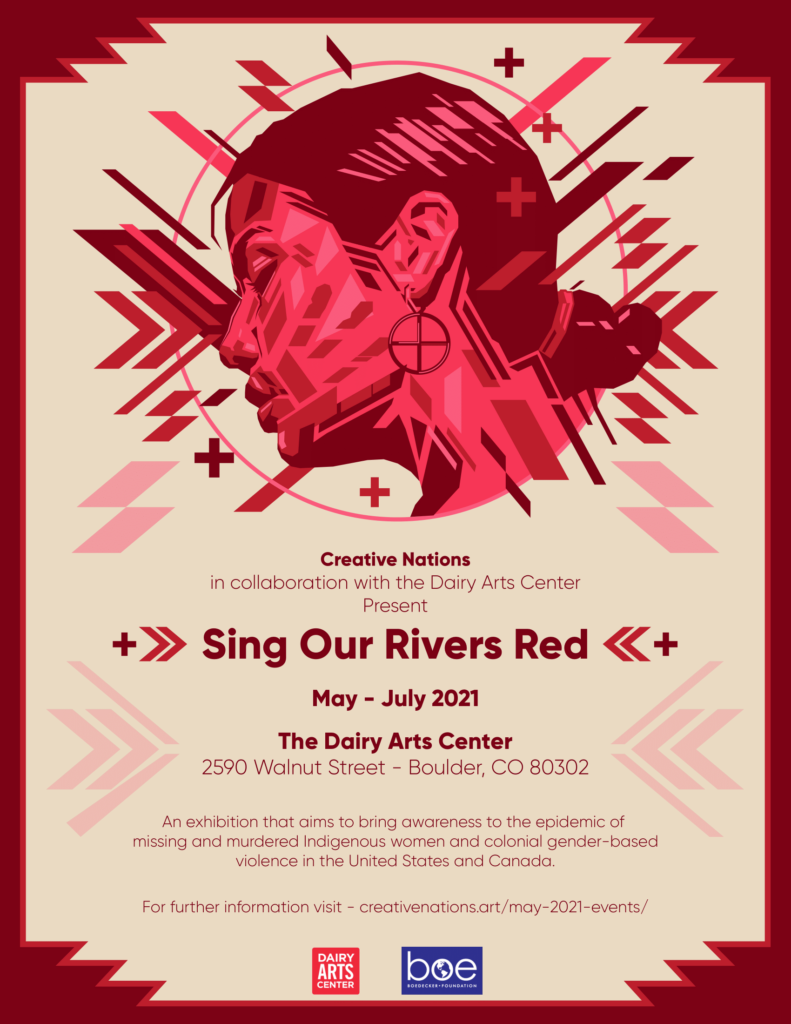 Our partners who helped make this exhibit a reality

Want to make a difference?

Help us raise money for our future exhibits and events